The theft of explosives has stopped investment in mining, Camimex. 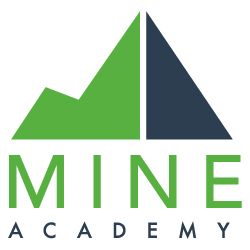 CDMX.- The theft of explosives used in mining, which adds to the theft of minerals, machinery and work tools, has become one of the main problems to attract investment to the sector, denounced Karen Flores, general director of the Chamber Mining of Mexico (Camimex).

"In the mining sector we have registered several thefts, not only of explosives, but also of minerals and other patrimonial resources that are essential for mining operations, which have been reported to the authorities and we hope that they can be resolved as soon as possible" Flores commented during the presentation of the Guide to Good Practices in Safety and Health in Camimex Mining.

According to the Attraction Index of the Fraser Institute of Canada, Mexico ranks 34th out of a total of 84 countries with the greatest attractiveness for mining investment, which means a drop of 14 places, compared to the 20th position that was occupied in 2010.

"At an international level we are ranked in the last places in terms of security and this affects the attraction of investments," said Flores.

The Camimex Annual Report 2022 revealed that last year's investment stood at 4.81 billion dollars, 40.19 percent less than what was registered during 2012.

"Unfortunately, we have detected some theft of explosives in the mining sector, especially in underground metal mining, where explosives are commonly used, which must be reported to Sedena," acknowledged Juan Emilio Peña Inversión. Burciaga, president of the Camimex Occupational Health and Safety Commission.